Four lions on the loose from South Africa's Kruger park 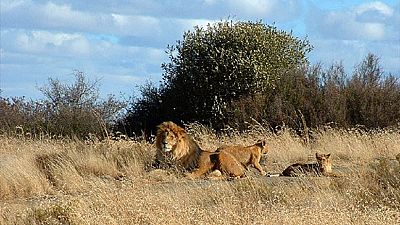 The parks authorities said in a statement that rangers are searching for the lions who were last spotted at Matsulu village in the Mpumalanga province, Reuters reported.

This is the second time lions have escaped from the main tourist attraction site.

Five lions escaped in May and then captured days after near the border with Swaziland.

The lions broke free from the park which is close to Komatipoort, a community of about 5,000 people.

In 2015, a lion named Sylvester crawled under an electric fence at another park and went on a three-week sheep-killing spree before he was found by rangers taking a nap.

The cat was earlier this year released back into wild from a 200-hectare holding enclosure.

The Mpumalanga Tourism and Parks Agency has called on residents around the park to be vigilant.