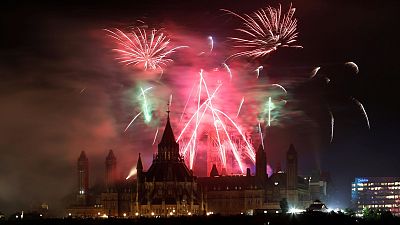 Celebrations have taken place across Canada to mark the country’s 150th birthday.

The biggest party was in the capital Ottawa, where thousands joined Prime Minister Justine Trudeau, accompanied by Prince Charles and his wife Camila Parker Bowles.

“Canada is a country made strong, not in spite of differences but because of them. And our greatest pride is that you can come here from anywhere in the world, build a good life and be part of our community. We don’t care where are you from, what religion you practice or whom you love, you are all welcome in Canada!”

The anniversary marks the day Canada officially became a country. Britiain had ruled it before 1867, though indigenous people have been on the land for thousands of years.