Passengers from Sudan screened for cholera at Cairo airport 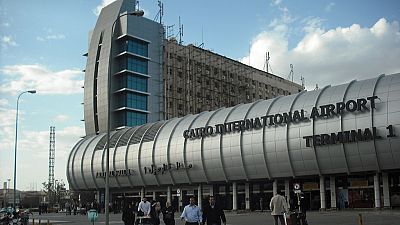 Egypt’s Cairo airport has started screening passengers arriving from Sudan for signs of cholera because of a reported outbreak there, the head of airport quarantine said on Wednesday.

Similar measures are already carried out in Cairo airport for people arriving from Yemen due to an epidemic there.

“The number of doctors and health monitors in arrival halls has increased to monitor the flights and examine passengers coming from infected areas,” Head of Airport Quarantine Medhat Qandil said.

Qandil said any suspected cholera cases would be isolated and sent to hospital. Even if passengers do not show symptoms their details will be recorded so they can be monitored by Egyptian health authorities, he said.

Sudan’s government has not officially declared a cholera outbreak, reporting instead on cases of “Acute Watery Diarrhoea”, the World Health Organization (WHO) told Reuters.

On June 1 the United States embassy in Sudan’s capital Khartoum said there were confirmed reports of cholera in some areas of Sudan, including the greater Khartoum area, that have resulted in fatalities.

“The rainy season usually lasts from in June-August and may exacerbate the situation if no adequate preventative interventions can be implemented in time,” a WHO spokesman said.

Neighbouring South Sudan has been experiencing a cholera outbreak since mid-2016, according to WHO information.

The World Health Organization (WHO) said on Tuesday a major cholera outbreak in Yemen may have reached its halfway mark as a massive emergency response has begun to curb its spread two months into the epidemic.

The WHO is responding to Sudan’s cholera outbreak by supporting health workers, running education campaigns and distribution medical supplies.