South Sudan under pressure to lift ban on foreign journalists 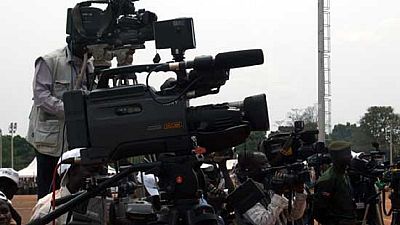 South Sudan’s media authority is under pressure to lift ban on 20 foreign journalists from operating or entering the country.

The chairman of the authority, Elijah Alier told the media early this month that the unnamed journalists had reported “unsubstantiated and unrealistic stories” that have the potential to incite hate and violence.

However, the National Dialogue Steering Committee which is preparing to hold the country’s peace dialogue says the ban will not hold.

Alfred Taban, the committee’s chief of media affairs told AFP that “they are going to allow any journalists to come … whether skeptic or not, they must be allowed to come to the country.”

They are going to allow any journalists to come ... whether skeptic or not, they must be allowed to come to the country.

Taban had earlier said no law gives the media authority the right to deny visas to Journalists on the ground that they write articles critical of the government.

“The president has assured us that all the people coming to the country especially journalists will be given full freedom to move freely,” he added.

The names of the 20 journalists and their media outfit were not disclosed.

Elijah Alier had said that 200 foreign journalists have permits to operate in the country, and others who want to operate in South Sudan should seek accreditation from the media authority.

South Sudan is one of the most tensed countries for the media as many journalists have died and others attacked in their line of duty.

The country has been ravaged by civil war since 2013 when President Salva Kiir fell out with his former deputy Riek Machar.