Cameroon's 'I'm in the water' bishop was murdered - Catholic bishops 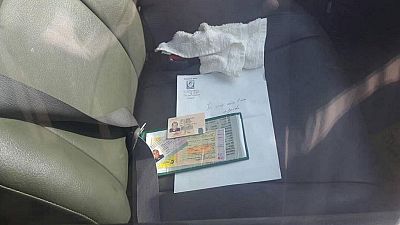 The Catholic Bishops Conference in Cameroon says the late bishop of Bafia, Jean Marie Balla Benoit did not take his life as has been widely reported but that he was brutally murdered.

The Bishop was reported missing early late last month after leaving his residence one evening. His vehicle was later seen near the River Sanaga with what was believed to be a suicide note which read, ‘‘Do not look for me, I’m in the water.’‘

Search teams initiated efforts to retrieve his corpse from the river but it was found by a fisherman floating downstream three days after he was declared missing.

Even though an official cause of death has yet to be disclosed, authorities said they were investigating whether or not he indeed authored the note.

News of the clergy man’s death split views in the Central African country despite his note supporting the notion that he committed suicide, some people even before the bishops’ position alleged that he was killed citing unsolved murders of Catholic priests in the country.

He was declared missing on Wednesday 31 May, by president of the Cameroon episcopal council, Samuel Kleda, who is also the archbishop of Douala – he however insisted that the bishop’s death was not related to that of a priest who died two weeks ago.