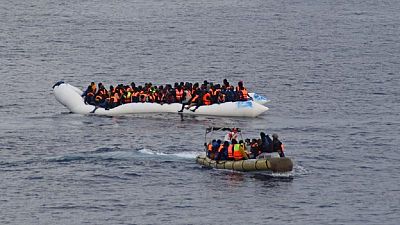 Italy broke up a criminal ring smuggling migrants safely to Sicily for about 3,000 euros ($3,379) on a speedboat capable of making the crossing from Tunisia in less than four hours, magistrates said on Tuesday.

Prosecutors in Palermo issued a warrant to detain 15 suspects for people smuggling and trafficking in contraband cigarettes, according to a copy of the document seen by Reuters. All were Italian residents, but most were Tunisian-born.

Twelve suspects have been detained so far and one speedboat impounded, along with two fishing boats and seven cars the group also used, police said.

The danger of this organisation was this: It allowed irregular migrants to dodge all authorities and so could have transported people who should not be allowed in Italy or Europe.

Some 12,200 people have died in the past 3-1/2 years attempting the crossing. Those who did make it then spent several days at sea aboard rescue vessels and were funnelled through Italy’s official immigration system.

The smugglers instead offered those wishing to reach Europe a safe voyage across some 200 km (124 miles) of sea in less than four hours, with the aim of arriving completely undetected.

“The danger of this organisation was this: It allowed irregular migrants to dodge all authorities and so could have transported people who should not be allowed in Italy or Europe,” Palermo Chief Prosecutor Francesco Lo Voi said.

In an intercepted telephone call, police overheard a potential client, who was not smuggled to Italy, saying he was hiding from Tunisian police and that he was worried about being stopped in Italy for “terrorism”, the court document said.

Police said they verified five crossings, and each one earned the smugglers an estimated 40,000 euros.

During one voyage, police swooped in after 14 migrants had been dropped off in a cove near Marsala, Sicily. Some 100 kilos (220lb) in contraband cigarettes were also among the payload.

Had it not been stopped, the organisation was capable of making at least two crossings per week, police said.