High-scoring Everton striker Romelu Lukaku said on Tuesday (May 6) he had decided where he wants to move ahead of the next season and had reached an agreement with another club.

Lukaku, who moved to Everton in 2014 after a season-long loan spell, has been linked with his former club Chelsea as well as Manchester United and Bayern Munich in recent weeks by the British media.

“My agent knows what’s going to happen and I know as well. I’m staying calm and we have an agreement with the club as well. We stay calm and at least we have a direction where we want to go,” the Belgium international, 24, told Sky Sports.

“I’m just going to rest for a few days and then just prepare for next season. I want to put the time in on my holiday to take everything to another level and be better than I was last year.”

Lukaku was Everton’s top scorer last season with 25 goals in 36 Premier League appearances. He helped his team secure a seventh place finish but in March rejected a new contract to extend his stay at Goodison Park.

Lukaku’s agent, Mino Raiola, said last week that Everton would allow him to leave if “certain clubs” met the 100 million pound ($128.94 million) price tag placed on him by the Merseyside club. 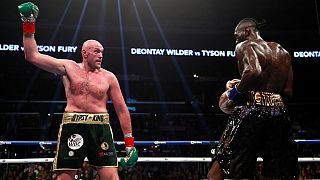