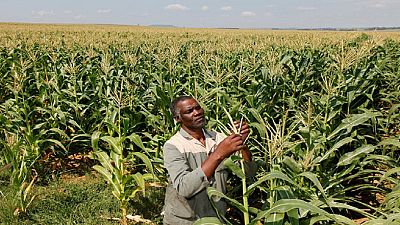 South Africa is expecting to harvest its highest maize crop in 40 years following good rains in the months of January and February.

Government figure indicates farmers are set to harvest over 15 million tonnes of maize this season, a surplus of 50 percent.

Neighboring countries such as Zimbabwe and Zambia have such reserves, but it would entail a significant policy shift in South Africa, where commercial agriculture is market driven and the state does not act as a buyer and holder of crops.

But the El Nino weather pattern, which faded in May of 2016, may reform again around September, just ahead of South Africa’s maize planting season, according to a number of national and global forecasts.

South Africa recorded its worst maize harvest during the 2015-2016 harvest and shifted the domestic maize market into a net import situation. Grain SA estimates that white maize imports might reach 70 000 tons, while yellow maize imports might reach 700 000 tons. At the same time, South Africa’s exports to regional markets within the Southern African Customs Union (SACU) are expected to reach 630 000 tons this season.

South Africa is the only sub-Saharan country to plant genetically modified maize, which impacts exportability.