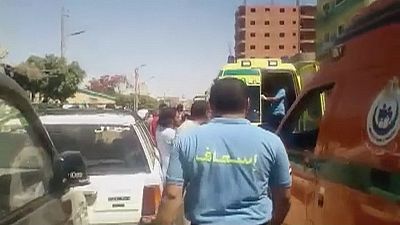 Over 20 Coptic Christians have been killed in an attack on a bus they were travelling on in Egypt, the State broadcaster has reported. The attack occurred as the Christians as they were driving to a monastery south of Cairo on Friday, the governor of Egypt’s Minya province, Essam al-Bedaiwy, said.

The group was travelling in two buses and a truck through the province, which is home to a sizeable Christian minority, he said.

Coptic Christians, who make up about 10 percent of Egypt’s population of 92 million, have been the target of extremist attacks recently.

The government last week arraigned a number of suspects before the court over the April 9 attack on two churches in Alexandria and Tanta. The attacks killed about 46 people.

Those attacks were claimed by Islamic State. There was no immediate claim of responsibility for Friday’s attack.