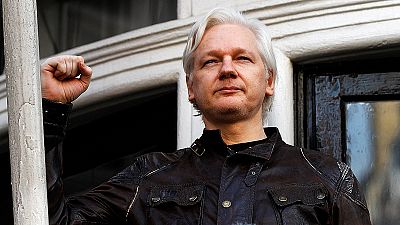 Wikileaks founder Julian Assange has hailed Sweden’s decision to drop a rape investigation against him as an ‘‘important victory’‘.

Speaking from the balcony of the Ecuadorian embassy in London, Assange said he could not forgive the terrible injustice he had suffered.

During a speech which lasted around 10 minutes, Assange criticised the European Union, claiming detention and extradition without charge had become a feature of the bloc. He also hailed the recent release of Chelsea Manning as an even bigger victory.

Swedish prosecutors dropped their investigation into Assange earlier on Friday. Despite that, the 45-year-old has signaled that he will remain inside Ecuador’s London embassy where he has been hold up since 2012.

He originally sought refuge there, due to fears that once in Sweden, he might be extradited to the US where he is wanted for leaking classified military and diplomatic documents.

Ecuador has urged Britain, where Assange still faces arrest, to allow him safe passage out of the country. The Austrialian has also said he is prepared for dialogue with US and UK authorities.

However, police in London say they are still obliged to arrest Assange as he still faces the lesser charge of failing to surrender to court. For the moment the UK has not confirmed whether it has received an extradition request from the US for the Wikileaks head, where he would most likely face trial.