FIFA President Gianni Infantino took aim at critics of world football’s governing body on Thursday, saying the organisation had reformed and was now a victim of “fake news” and “FIFA bashing”.

Speaking to the organisation’s 67th congress in the Bahraini capital, Infantino, who replaced Sepp Blatter as head of FIFA in 2016, said it was truly transforming itself.

Several dozen soccer officials, mainly from Latin America, were indicted in the United States in 2015 on corruption-related charges, sparking the worst crisis in FIFA’s history.

Infantino said criticism of the organisation under his leadership had not been fair, given improved transparency, controls and ethics procedures.

The Swiss administrator also made some barbed comments about some of his critics among governance experts.

The FIFA president also thanked “courts all around the world” who had prosecuted corruption cases.

On Tuesday (May 9), FIFA’s ruling council opted not to renew the mandates of the two heads of their Ethics Committee with their replacements to be voted in at the Congress. 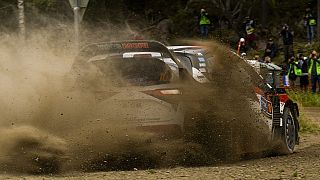