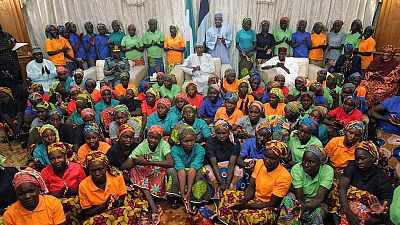 According to a statement issued by the Senator Ahmed Makarfi-led PDP, it was wrong for the government to allow the suspects to ‘escape’ justice by their release.

The 8-point release slammed the government’s handling of the Chibok girls’ situation accusing the Buhari-led administration of playing into the hands of the terrorists whose release they said was a ‘setback for the war on insurgency.’

Their release is tantamount to releasing them to resume their war against society. Many of them could find their ways back to the terrorists camps from where they could unleash terror against the country.

‘‘Their release is tantamount to releasing them to resume their war against society. Many of them could find their ways back to the terrorists camps from where they could unleash terror against the country.

‘‘Others who are allowed to roam freely in society could become veritable recruiting agents and purveyors of suicide bombing and urban terrorism,’‘ the statement read.

They, however, congratulated the families of the newly released girls and expressed hope that the remaining colleagues will also be freed as soon as possible.

The girls were abducted in 2014 whiles the PDP was in office under the presidency of Goodluck Jonathan. At the time, Boko Haram was holding territories in northeastern Borno State. Buhari came to power a year later with the promise to defeat the group and ensure the safe return of the girls and all other persons held in captivity.

The PDP is currently split into two groups, the Ahmed Makarfi and Sherif Modu Ali factions. The courts have however given legitimacy to Sherif’s administration. Sheriff is a former governor of Borno State – the worst hit by Boko Haram’s activities.

The group of 82 schoolgirls released by Boko Haram met Nigeria’s President Muhammadu Buhari at the presidency on Sunday. They were flown from Borno State to the capital Abuja hours after their release from captivity.

The government secured their freedom with mediation by the International Committee of the Red Cross. They were handed over on Saturday in exchange for several militant commanders although there have been no details.

The handover is a boost for President Buhari who made crushing Boko Haram an election pledge in 2015. At the meeting, he promised to spare no effort to secure the release of the 100 or more girls still missing. 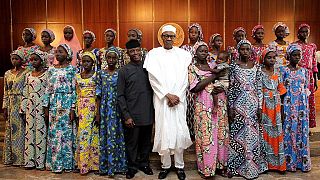 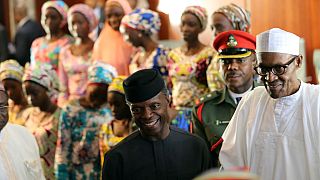 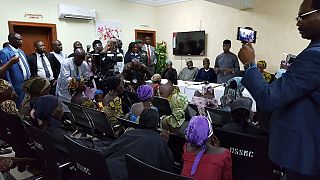