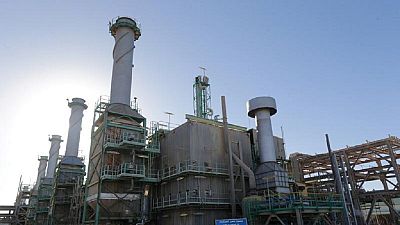 Kenya is gearing to export its first barrels of oil in June.

Oil deposits in the east African nation are estimated at 750 million barrels. Leading the pack in assisting the country reach its full oil potential is British explorer, Tullow Oil, that has had a presence in the country for the last 5 years.

Kenya’s oil is good quality with low sulphur content and good density but with a wax-like consistency, meaning it must be transported at a high temperature to keep it liquid thus making the cost of exporting it higher.

“The oil is within what you call good quality PI in the range of 28-35 on that scale. On the API scale this is relatively good oil with potentially good yields, we acknowledge that there is some works in the oil (which) probably makes it a little more difficult to move but in terms of yields very very interesting.”

Despite all the good things that oil discovery is hoped to bring, infrastructure in northern Kenya where the drilling is happening is in a deplorable state.

In Turkana which is deep inland, roads are almost non-existent thus the oil will only be available for export after the construction of a 900 kilometre pipeline to an new port, whose construction is due to start next year in Lamu on the Indian Ocean coast, at an estimated cost of $5 billion.

“I think the people up north deserve good roads, the sort of early oil pilot scheme envisions 2,000 barrels which translates to between ten and fifteen trucks a day.

“We have done some traffic count as you would expect there has been some thorough assessment prior to this on environmental and social audits of what this could entail, we do not envision any significant impact of an additional ten trucks per day on to the supply route,” Mbogo added.

In the meantime, Kenya has announced a two-year “pilot programme” which aims to move a modest 2,000 barrels a day by road, more than 1,000 km to the port of Mombasa.

Kenya’s government presents the road exports as a way to “test the market” and says buyers in India and China are interested.

According to Andrew Kamau, a senior official in Kenya’s energy ministry, the pilot programme is about increasing understanding of how the oil reserves will respond to full-scale extraction.

“The idea is to get information, of course we are not going to make any profit during the pilot scheme. If you extract during these tests, you might as well export it,” he said.

But such arguments have not impressed critics.

Charles Wanguhu from the Kenya Civil Society Platform on Oil says the early pilot scheme is a distraction from what really matters, “ that is getting the pipeline done and starting production properly, adding that it is “not good value for money.”

According to calculations by his organisation, production has to double and prices increase significantly if the government is to avoid losing tens of millions of dollars under the pilot scheme.

WTI, the US benchmark, is trading at around $49 but Kenya’s crude is unlikely to achieve this price when it enters the market.

The government estimates the pilot programme will be profitable at $43, according to energy minister Charles Keter, but the civil oil organisation say the real break-even is closer to $53.

Many observers view this as a PR stunt ahead of elections on August 8 but whether it is a stunt or test, Tulllow wins, says Wanguhu.