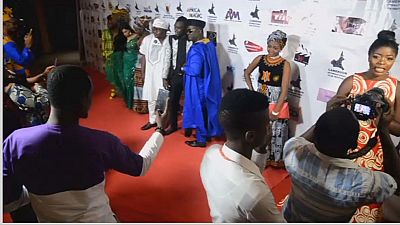 Cameroon’s International Film Festival (CAMIFF) kicked off this week in Buea – the capital of the Southwest Region in the English speaking part of the country., This is coming after a three-month long internet shutdown which had left doubts over the success of the event.

The festival was launched on April 24 and is expected to promote the local film industry while developing corporation with other countries.

A recurring theme in films screened this year was women. An example is that of Cameroonian film ‘Kiss of Death’ – about forced marriage, drew a lot of emotion and debate.

Lack of adequate finance and no cinemas are some of the challenges the film industry of the central African country is facing , but festivals like CAMIFF and another one called ‘Ecrans Noir’ or Black Screen have shown that filmmakers here are steadfast despite difficulties.

“We created CAMIFF for the sole purpose of helping the film industry to attract content buyers because in Cameroon we have a very vibrant industry, the youths are very committed, the people are very committed and we also believe that the community love films but there are no structures to exploit this movies, I mean, no cinemas. All the cinema have been shut down within the 10 regions of Cameroon,” said Gilbert Agbor, CAMIFF organizer.

Some of the issues, participants hope to find lasting solutions to are piracy as well as a strategy to grow local and international appreciation for Cameroonian content.