The Director of Radio Biafra and leader of the indigenous people of Biafra Nnamdi Kanu has been released following an order from the Federal High Court in Abuja. He has been in jail for two years for championing the secession of Biafra-an oil rich area in Nigeria.

Kanu was granted bail earlier this week under very stringent conditions which include producing a Jew Rabbi as surety.

However the charges of criminal conspiracy and leading an illegal movement have not been lifted and the next hearing will hold in July.

Secessionist feeling has heated up in the region since the Biafra separatist rebellion pushed the country into a civil war from 1967 to 1970 that killed an estimated 1 million people. 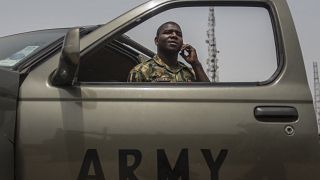