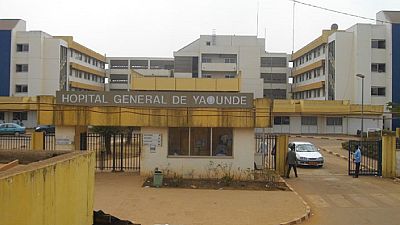 A doctors’ strike in Cameroon left patients without critical care in the capital Yaoude on Monday, the latest in a string of union actions that have crippled a country in the midst of political crisis.

The doctors union, known as SYMEC, demanded better working conditions and pay and left nurses to attend to sick patients in some of Yaounde’s major hospitals.

The strike was not directly linked to other union action, but it adds to the turmoil in the central African country where protests have erupted since October in the Anglophone south- and northwest regions.

Teachers and lawyers have been on strike for months to protest at what they say is their marginalization by the French-speaking majority under President Paul Biya’s 35-year rule. In reaction, the government has shut down the internet in English-speaking areas.

At Yaounde’s Central Hospital on Monday, patients angrily waited to be seen, clutching prescriptions and test results, but there were no doctors in sight, a Reuters witness said.

“My father had a motorcycle accident and must undergo surgery today. But there are no surgeons, we are told that there is a strike, and the nurse told us that they only deal with the sick in-house or by appointment,” said Marianne Balla, who was waiting in the Central Hospital.

The government said the strike was illegal as SYMEC is not a legally recognized union, a charge SYMEC dismissed as untrue.

It was not clear how well observed the strike was in other parts of the country. Some hospitals contacted by Reuters outside the capital said by telephone that they were operating normally.

The strike comes at a critical time for Biya, who is under pressure to peacefully resolve a growing crisis.

At least six protesters have been shot dead and hundreds others arrested during the rare challenge to state authority ahead of a presidential election next year.

In an apparent bid to stamp out online critics, the government has cut internet access in the two English-speaking regions for three months, hobbling business activity and prompting criticism from human rights groups and the United Nations.

Still, with Biya looking to extend his long rule next year, some expect government crackdowns to continue.

“With elections coming up next year, we can expect the situation to get much worse before it gets better,” said Jeffrey Smith from campaign group Vanguard Africa.