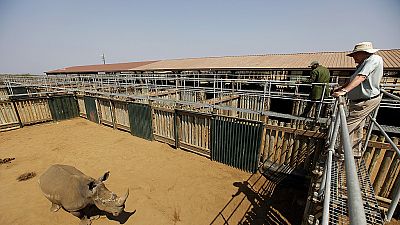 South Africa’s highest court has dismissed an appeal by government to uphold a ban on the sale of rhino horns in the country.

The Constitutional Court upheld the decision made by the Supreme Court of Appeal in May last year overturning the 2009 ban put in place by the country’s Department of Environment Affairs.

“This court … has concluded that the application should be dismissed with costs as it lacks reasonable prospects of success,” the Constitutional Court said in a brief order seen by Reuters on Wednesday.

South Africa is home to more than 80 percent of the world’s rhino population with about 18,000 white rhinos and close to 2,000 black rhinos.

Supporters of legalizing the trade say the money could be used for conservation by the South African government, whose finances are under mounting pressure as it faces possible debt ratings downgrades that could see its borrowing costs balloon.

“We welcome the Constitutional Court ruling, we believe it is a right we have been entitled to,” Pelham Jones, chairman of South Africa’s Private Rhino Owners Association (PROA) which was one of the respondents in the case, told Reuters.

Rhino poaching rates in South Africa had surged from 83 in 2008 to a record 1,215 in 2014 to meet red-hot demand in newly affluent Asian countries such as Vietnam.

Rhino horn on the street in Asia sells for around $65,000 per kg, according to off-the-record estimates by conservationists, so 30 tonnes could generate up to around $2 billion.

The United Nations banned the international trade in rhino horns since 1977.