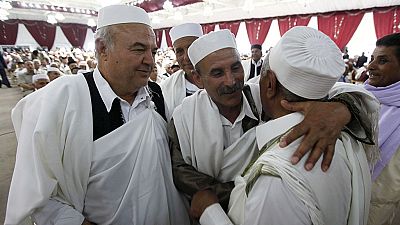 Tribes from southern Libya signed a peace agreement Friday in Rome for the control of the 5,000 kilometers of southern borders, including migrant smugglers, the Italian interior ministry said Sunday.

The ministry confirmed the information published on Sunday in several Italian newspapers about the twelve-point agreement concluded after a secret 72-hour marathon meeting in Rome.

This new arrangement, which is not yet defined, will complement the action of the Coast Guard in the North.

Some 90 Libyan coastguards are currently completing their training under the aegis of the EU and Italy. They are expected to be operational between in late April and early May.

The round table gathered in Rome sixty chiefs of clans, including the leaders of the Toubou community, the Arab tribe of the Awlad Suleiman and the Tuareg.

Also present was a representative of the Libyan government of national unity, based in Tripoli.

The Italian mediation initiative aims to combat “an economy based on illicit trafficking resulting in hundreds of deaths in the Mediterranean, thousands in desperate search of a better life, a population outbreak (in Europe) and Jihadist threat in the desert,” says the final communique quoted by the newspaper Corriere della Sera.

The agreement requires the commitment to set up vocational training opportunities for young people as soon as possible in order to “keep them away from their only means of subsistence, i.e. criminality”.

Since the fall of Muammar Gaddafi’s regime in 2011, Libyan South has been the scene of a fratricidal struggle between the Toubou community and several Arab tribes for the control of cross-border roads that witness the transportation of manufactured goods, food, livestock, cigarettes, drugs, weapons and also migrants.