Sudan 'cooperating' with Chad and France over kidnapped Frenchman 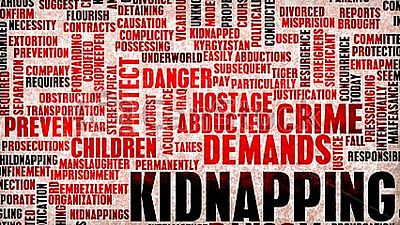 Sudan is working with Chadian and French authorities on the case of a French citizen who was kidnapped in Chad and taken into Sudan, Foreign Minister Ibrahim Ghandour told state news agency SUNA on Sunday.

An unidentified Frenchman was kidnapped on Thursday south of Abeche, a mining area about 800 km (500 miles) east of Chad’s capital N’Djamena and 150 km from the border with Sudan.

There were no immediate reports of any group claiming responsibility or making demands. A senior Chadian security source said on Friday the man had been taken into Sudan.

“The Foreign Ministry and relevant agencies received a message from the Sudanese embassy in N’Djamena on the French hostage and the case is being followed closely until he returns to his family safely,” SUNA quoted Ghandour as saying.

Ghandour added that Sudan was coordinating with Chadian authorities through the mixed Chadian-Sudanese force conducting the search as well as with French authorities, including the intelligence agency, over retrieving the hostage.

Kidnappings are rare in Chad, a former French colony in West Africa, but the remote eastern border area has seen decades of back-and-forth movement from armed groups, including rebels fighting the Sudanese government.

The last French national kidnapped in Chad was an aid worker taken in the eastern border area in 2009 and released nearly three months later inside Darfur.