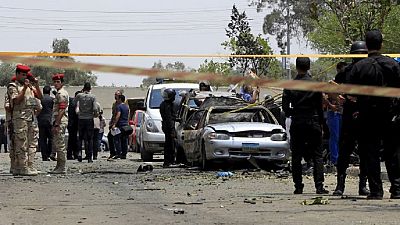 Ten members of Egypt’s security forces were killed by bombs which struck their vehicles in central Sinai, a military spokesman said on Thursday, during an operation targeting what the army described as terrorist bases.

The spokesman said in a statement the security forces killed 15 people and arrested seven others during the operation.

They also found and destroyed half a tonne of TNT explosive, and seized two four-wheel drive cars containing hand grenades and hundreds of mobile phones, the statement said.

Government officials indicate that hundreds of policemen and soldiers have been killed in attacks during this past three years in Egypt.

Most of the attacks happen around Sinai and sometimes in the heart of Cairo.

The Egyptian branch of the Islamic State claims responsibility for most of these attacks .