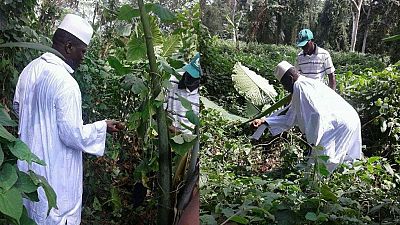 Pictures of former Gambian President Yahya Jammeh who is in exile in the Equatorial Guinea show him on a farm in the Central African country clearing the land.

One of the pictures making rounds online since Tuesday shows Jammeh, clad in his usual all-white clothes, standing with a man believed to be Equatorial Guinea President Teodoro Obiang Nguema Mbasogo in his hometown, Mongomo as they look closely at a farm land.

A sweating Jammeh is also seen walking, observing, weeding and relaxing in the thick bushes while being captured by cameras.

Yahya Jammeh has been actively involved in agriculture besides politics while he was president.

New Gambian President Adama Barrow has accused Jammeh of embezzling an estimated 85 million Euros during his 22-year rule which ended dramatically after his refusal to accept election results after he was beaten at the December 1 polls.

According to local media, the Gambian government will embark on a nationwide audit of the civil service and security forces to rid the country of corruption.

#Gambia govt to embark on “comprehensive nationwide staff audit” for the civil service and security forces from 27 March to 12 May 2017.

See the pictures below. 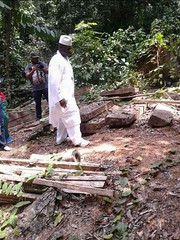 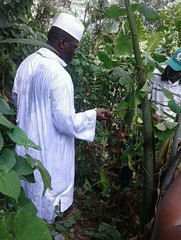 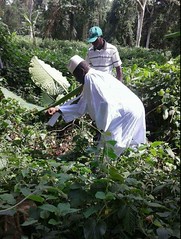 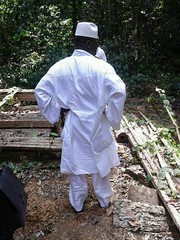 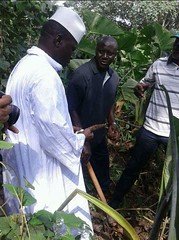 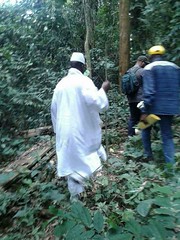 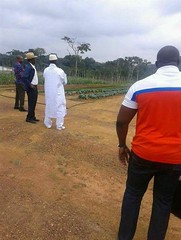