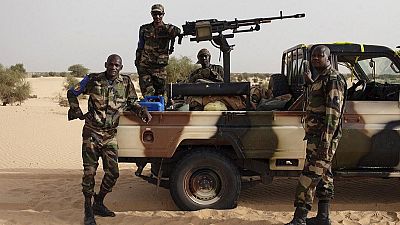 The security situation in Mali “remains worrying” despite recent troop deployments and some progress on the country’s peace accord, according to the head of the UN’s peacekeeping force.

“First in the North, the situation remains worrying and we are far too frequently attacked by non-signatory armed terrorist groups, and this situation is gradually moving southwards towards the central parts of the country,” he said.

Ladsous is due to be replaced as head of the peacekeeping force in April by another Frenchman, Jean-Pierre Lacroix.

The peace accord signed by the Malian government and rebels ended years of fighting in the north, but its implementation has been piecemeal.

Mali regained control of the north after a French-led military intervention in January 2013 drove out jihadists, but insurgents remain active across large parts of the region.