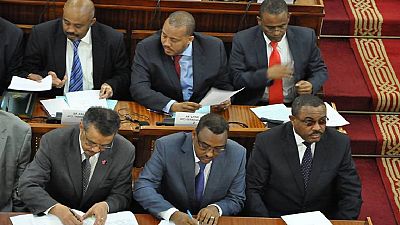 The Ethiopian government has lifted some restrictions imposed during a state of emergency declared last year following deadly protests, state-run media quoted the defence minister as saying on Wednesday.

Siraj, who chairs the government’s body overseeing the state of emergency, also revoked a dusk-to-dawn curfew on access to economic installations, some infrastructure and factories for unauthorised people.

“These measures were lifted because it is our belief that the ordinary security arrangements are sufficient enough to maintain calm,” the state-run Ethiopian News Agency quoted Siraj as saying in a news conference for local journalists.

Ethiopia declared a state of emergency on October 9 last year to curb violent unrest leading to damage of properties including those of local and international businesses.

Before the State of Emergency was imposed, over 50 people died on October 2 in a stampede at a festival in Bishoftu after police fired teargas and warning shots to disperse protesters at the event.

At least 500 people have been killed and thousands arrested in the wave of anti-government protests in the Amhara and Oromia regions over the past months.

International bodies including the United Nations and the European Union have called on the Ethiopian government to exercise restraint against protesters.