The African diaspora in Japan currently accounts for about 0.01 percent of the total population, a drop in the ocean literally. While the number of expatriates in the archipelago surpassed the one million mark in 2016 for the first time, the number of Africans still remains low.

A reality facing Japanese authorities which they are trying to remedy is an aging population and lack of manpower . As a result, there are more opportunities available to Africans .

Swinkey; a young singer from Kenya who left the capital, Nairobi to Tokyo, for further studies, says the experience changed her life.

While the interest of Africans in Japan remains lukewarm, that of the Japanese in Africa is almost zero, virtually non- existent. Yet, in the city of Kobe located 200 km from the capital Tokyo, a small group of West African music enthusiasts are an exception.

After Kobe we move to Kyoto, one of the major cities in he heart of the country, where even during a brief stopover, traditional Japanese garb- Kimono thrives.

Formerly the Imperial capital of Japan, Kyoto is one of the regions that was spared from bombing by Americans during the second World War.

It is one of most popular tourists destinations in the country as it’s famous for its temples, shrines and Kimono manufacturing centers. It is also a city that hosts a large number of students as some of the most prestigious universities are located here.

One of the institutions open to African students under the framework of the the ABE project- a scholarship programme established in 2014 in order to contribute to development on the continent is the University of Doshisha, which was founded in 1875 and now admits 35 african students after a rigorous selection process. A community that allows most Africans to absorb culture shock which is more pronounced particularly in the capital Tokyo.

In Harajuku, one cannot only visit one of the most famous Shinto shrines but also meet Lolita fashion enthusiasts or cosplayers dressed as anime characters – Japanese pop culture.

It is popular among Japanese youth but may confuse African students as academic requirements indicate that most of the selected students should focus on their training.

Contrary to China which recently promised an additional 30,000 scholarships for African students, the number of places in Japan is limited.

Patrick Dedetemo, a physicist originally from the DRC and full time student who has little time for leisure wants to make the most out of his experience in Japan. He says the key to success is focus. 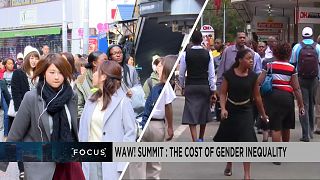 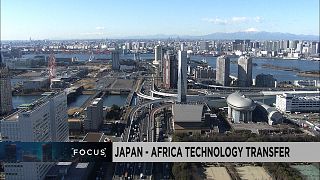