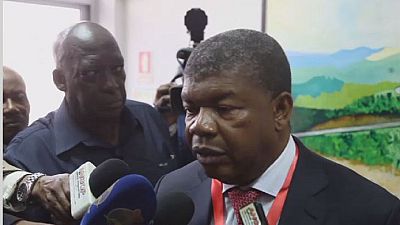 Angola’s candidate for the next presidential election Joao Lourenço has promised to end corruption.

Lourenço made the promise during campaigns for the general elections.

The defense minister has been chosen by Angola’s ruling party candidate to take over from outgoing head of state Eduardo Dos Santos who announced last year that he will quit power.

Talking to a group of students at Luanda Norte in the north east of the country, Lourenço criticised the collection of bribe especially from companies wishing to set up their businesses in Angola.

He equally stressed on the point during a visit to Huila in the south east where he promised amelioration in the health and agriculture sectors.

Lorenço will take over as president from Dos Santos if the ruling party wins during the August elections.

Outgoing president Eduardo Dos Santos has been accused of favouring the building of family fortune to the detriment of the Angolan economy.