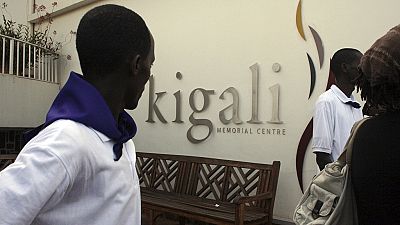 The Rwandan National Assembly has adopted a law to make Swahili an official language of the country. The text will however have to be submitted to the Senate before being accented to by President Paul Kagame.

It will become the fourth official language of the country, with Kinyarwanda, the national language, along with French and English, used in official communication.

The recognition of Kiswahili is part of the commitments entered in 2007 in the East African Community, an organization whose three founders – Kenya, Uganda and Tanzania – use Swahili as their language Official, alongside English.

Swahili as an official language means, on the one hand, fulfilling an obligation as a member country and, on the other hand, a way of increasing the benefits that Rwanda can derive from economic integration.

Adopting “Swahili as an official language means, on the one hand, fulfilling an obligation as a member country and, on the other hand, a way of increasing the benefits that Rwanda can derive from economic integration,” Minister of Sports and Culture Julienne Iwacu is quoted by the pro-government daily New Times to have said.

According to the New Times, Swahili will now be used in administration and appear on some official documents. A presidential decree will also determine the modalities for integrating Swahili into Rwandan education, as required by the East African Community.

Before the 1994 Rwandan genocide, Swahili was spoken only in some urban areas of Rwanda, and only Kinyarwanda and French had official language status.

After the genocide, with the return of former refugees and exiles, many of whom had been hosted in Anglophone and Swahili-speaking countries of East Africa, English became the third official language, while Swahili gained momentum among the populace.

Rwanda was a Belgian colony until independence in 1962. it remains a member of the International Organization of La Francophonie, although the French is fast losing ground against English.

Swahili belongs to the group of Bantu languages ​​and is the result of interactions between the peoples of East Africa and people from India and the Persian Gulf. It is the most widely spoken language in sub-Saharan Africa and has been since 2004 one of the official languages ​​of the African Union (AU).