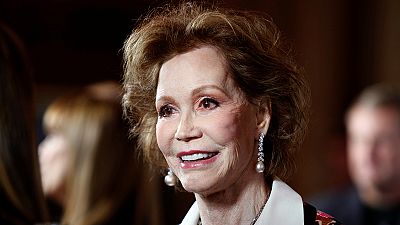 The multi-Emmy award winning US actress Mary Tyler Moore has died at the age of 80.

She was best known for her role the 1960’s sitcom, “The Dick Van Dyke Show”. In the 70s she went on to star as TV producer Mary Richards in her own long running eponymous comedy series, which was named by Time Magazine as one of 17 shows that “changed television”.

There are no words.
She was THE BEST!
We always said that we changed each other’s lives for the better.
I… https://t.co/Xm8OBbQQ8j

Moore’s emerged on television at a time when women in leading roles were traditional housewife characters.
But in “The Mary Tyler Moore Show”, playing a modern single woman, living on her own and chasing a career, she challenged that stereotype. By 1970s television sitcom standards, she was a budding feminist even protesting that she was not being paid as much as a male counterpart.

TV host Oprah Winfrey described Moore as one of her early inspirations, saying she watched her show every week as a child.

Even now looking at this picture I want to cry. I still can’t believe Mary Tyler Moore touched my face. Will love her 4 ever. pic.twitter.com/6u4ELq27vN

In 1981 Moore showed courage by taking on a role darker than anything she had ever tried before in the film Ordinary People which was about a woman coping with a suicide attempt by her 18-year-old son.
She was nominated for a best actress Oscar

Farewell Mary Tyler Moore – Thank You for the Inspiration https://t.co/9R5oN2HOuy