UK Supreme Court rules Parliament must be consulted on Brexit 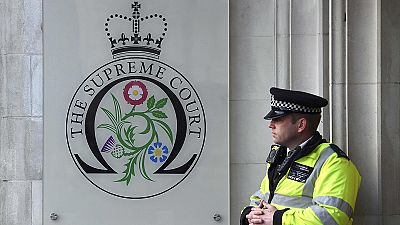 The UK Supreme Court has ruled that Parliament must be given a vote on legislation to trigger the Brexit process.

Of 11 justices, eight ruled in favour of consulting parliament and three against.

The government will deliver on [...] triggering Article 50 by the end of March.

“Today, by a majority of 8-3, the Supreme Court rules that the government cannot trigger Article 50 without an Act of Parliament authorising it to do so.”

The court ruled that, once begun, the Article 50 process cannot be reversed.

What have the UK’s MPs said?

The ruling by the UK’s highest judicial body also stated that none of the devolved governments would need to be consulted. This, it said, was a unanimous decision.

“On the devolution issues, the court unanimously concludes that neither section 1 nor section 75 of the NIA is of assistance in this case, and that the Sewel Convention does not give rise to a legally enforceable obligation,” a summary of the ruling says.

The Scottish Parliament in Holyrood won’t have a say in the Brexit negotiations, but Scottish National Party politicians voted into Parliament in Westminster will.

The SNP says it will propose 50 “serious and substantive” amendments to the parliamentary bill for invoking Article 50.

Opposition politicians are asking for a white paper to outline its plans for leaving.

Labour leader Jeremy Corbyn says his party will ensure ministers are accountable to parliament throughout the negotiations, but added:

“Labour respects the result of the referendum and the will of the British people and will not frustrate the process for invoking Article 50.”

The Liberal Democrats took a different stance. Leader Tim Farron said his party MPs would vote against Article 50, unless the public has a guaranteed vote on the final deal between the UK and EU.

A government spokesperson said May was still determined to trigger the Brexit process within the next nine weeks.

“The British people voted to leave the EU, and the government will deliver on their verdict – triggering Article 50, as planned, by the end of March. Today’s ruling does nothing to change that.

“We respect the Supreme Court’s decision, and will set out our next steps to Parliament shortly.”