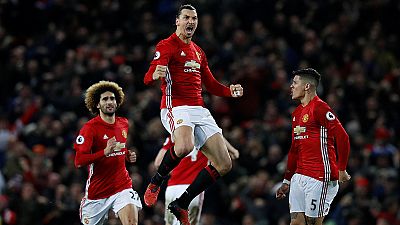 Premiership success may have eluded them in recent years, but that hasn’t stopped Manchester United topping football’s latest rich list.

The Red Devils knocked Spanish giants Real Madrid off their perch in rankings released by Deloitte.

It said Manchester United raked in record revenue of 689 million euros in the 2015/16 season.

Real Madrid were knocked off the top of Deloitte’s Football Money League after 11 consecutive seasons.

Despite winning the Champions League and growing commercial and broadcast revenues, they were unable to rake in as much as Manchester United or their Spanish rivals Barcelona.

The combined total for all the 20 clubs in Deloitte’s league grew 12 percent to 7.4 billion euros – a new record.

Two decades ago, revenue of 36 million euros would have been enough to get a club in Deloitte’s top 20; now annual income of 172 million euros is required to get a place at the top table.

Leicester City, shock winners of the Premiership last year, broke into the top 20 for the first time.