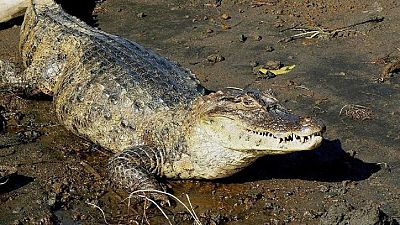 A South African tour guide working at a crocodile farm in the Western Cape province near Cape Town has been mauled to death by the beasts, police said on Monday.

An inquest has been opened after the body of the 54-year-old man was discovered in one of the ponds at Le Bonheur crocodile farm in Paarl over the weekend, police said in a statement.

Le Bonheur, which provides interactive tours for visitors, says it keeps more than 1,000 crocodiles at the farm. They are generally farmed for meat and leather products.