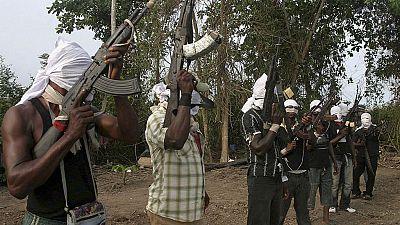 Nigeria has resumed payments of cash stipends to former militants of the Niger Delta Avengers as agreed under a 2009 amnesty, a government official said on Thursday.

The paid stipends covered August and September, and under the amnesty, each former militant is entitled to some $206.68 monthly plus job training.

Nigerian government has been holding talks with the militants to end the attacks, which reduced Nigeria’s output by 700,000 barrels a day for several months last year.

Crude sales make up about 70 percent of government revenue and the attacks have deepened an economic crisis brought on by low global oil prices.