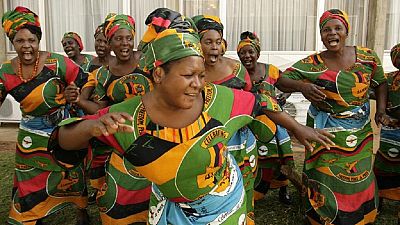 <p>The law makes reference to mothers, but applies to every working woman irrespective of whether they are mothers or not.</p> <p>According to Zambia’s labour laws, female workers are allowed to take a day off duty each month. The law is seen as a reprieve to women during that time of the month – when they are in their period.</p> <p>The law is so wide open that women are allowed to absent themselves when they want to and without any medical justification to back their absence – that seems to be the major point of contention, interestingly among men and women alike.</p> <p>The law further indicates that any employer who denies their employees the right to ‘Mother’s Day’ could be prosecuted. As per the law, a simple call is enough to notify the employee.</p> <blockquote class="twitter-tweet" data-lang="en"><p lang="en" dir="ltr">New Zambia labour law allows women one paid day off monthly when they are having their periods; called Mothers Day but applies to all women.</p>— James Hall (@hallaboutafrica) <a href="https://twitter.com/hallaboutafrica/status/816877953829261313">January 5, 2017</a></blockquote> <script async src="//platform.twitter.com/widgets.js" charset="utf-8"></script> <p>The labour unions in the country however provide a rather restrictive explanation of what the law ‘really’ means. Speaking to the <span class="caps">BBC</span>, a union leader said a woman did not have to even leave her house on Mother’s Day, that they are supposed to spend the entire day at home.</p> <p>‘‘We have been educating women about Mother’s Day, telling them that on that day, they are supposed to rest and not even go shopping or do other jobs because it is wrong,’‘ Catherine Chinunda said.</p> <p>Chinunda who is a national trustee of the Zambia Congress of Trade Unions (<span class="caps">ZCTU</span>) added that the entitlement ‘‘would have to be forfeited’‘ if a woman were to take it on a day that she was not on her period.</p> <p>Persons in favour of the law say it is only fair to notice and ‘reward’ the efforts of working women who have to combine domestic chores with their professional engagements. Women – married or not do a lot of multitasking and deserve the day off in their view.</p> <p>Opponents however argue that aside the vague aspects of the law, it also encourages laziness in working women. They say menses are a normal natural occurrence in women, a process akin to pregnancy and child birth.</p> <p>The Zambian Federation of Employers (<span class="caps">ZFE</span>) is particularly worried about how the law could affect businesses especially because women could skip planned assignments with the excuse of taking their Mother’s Day.</p> <p>Imagine a company that has a number of employees and six or seven take Mother’s Day on the same day. What will happen to productivity?’‘ <span class="caps">ZFE</span> head Harrington Chibanda quizzed.</p> <p>Historically, the day was observed in the 1990s before it was passed into law, Labour Minister Joyce Nonde-Simukoko has said. The minister – a former trade unionist, also added her voice to warn women who attempt to abuse the privilege.</p>

We have been educating women about Mother's Day, telling them that on that day, they are supposed to rest and not even go shopping or do other jobs because it is wrong.