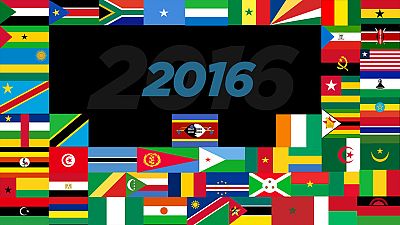 Africa made some progress in the science and technology field and Africanews did not fail to cover that aspect of life.

The award was presented by the UK’s Royal Academy of Engineering for the Cardiopad, which is a digital medical touchscreen tablet that performs electrocardiogram (ECG) tests to determine the heart’s activity as well as diagnose life-threatening ailments.

Technology met religion when Ghanaian developers developed a Christian social network, an alternative to Facebook which will be free of “un-Christian” content.

We met with Nigerian scientist Dr. Sam Achilefu, who is the inventor behind cancer-visualizing glasses better known as ‘cancer goggles’. The glasses assist surgeons to more adequately cut away cancerous tissues and reduce the need for additional surgical procedures.

Pregnant women in Nigeria are enjoying a new mobile application that helps monitor their pregnancy. The app was created in just two weeks by a Nigerian developer based in America who wants to help reduce infant and maternal mortality in Africa.

We had a chat with some female students and their lecturer aspiring to increase the number of women worldwide pursuing careers in the sciences. Still in Ghana, a High school science and maths quiz sent the country into a frenzy.

In Malawi, Felix Kambwiri built a helicopter designed in his garage which has aroused the curiosity of the inhabitants of his village in northern Malawi. He hopes it will fly some day.

Some of Africa’s young science and technology talents participated in the continent’s first science forum dubbed the Next Einstein Forum. The event held in the Senegalese capital Dakar, was attended by some 800 scientists from across the world.

Malawi is using drones for health research and saving lives. The country is now the first country in Africa and one of the first in the world to have an air corridor, to test drones for humanitarian and developmental use.

Uganda unveiled Africa’s first solar-powered bus that can travel a distance of up to 80 kilometres and can complete a trip to the country’s international airport in Entebbe and back to Kampala when fully charged.

As the world is advancing technologically, Nigeria also announced plans to send an Astronaut to space by 2030. In neighbouring Cameroon, games developing company Kiro’o Games has won over the hearts of video game enthusiasts with its game, Aurion: Legacy of the Kori-Odan.

Young women drawn from about 6 African countries met in Capetown, South Africa in the middle of the year as the next generation of space researchers to help send the continent’s first privately owned satellite into space.
They worked on programming and building rovers as part of an initiative to get school girls across Africa involved in the sciences.

The Tanzanian government has invested in a gas project to urge the use of gas-powered vehicles. They advised the public to convert their petrol or diesel-fueled vehicles to natural gas so as to save cost and reduce carbon emissions.

Meanwhile in Namibia, a high school student has invented a mobile phone that needs no sim nor airtime to make calls. It also has an in-built television set, a radio, a light bulb, a fan, including sockets to charge other devices. Simon Petrus built the device from telephone and television parts.

Scientists in Capetown University in South Africa said they have discovered a new anti-malaria compound with potential for both treatment and prevention of malaria. The newer molecule is expected to be more potent against the malaria parasite.

Africa was host to Facebook’s Mark Zuckerberg who visited Lagos and Nairobi on his first Africa trip. His visit was to give him an insight on how Africa is embracing technology. The technological growth was felt in Egypt where a young university student is developing a new type of bullet proof vest that is both lightweight and relatively cheap to produce.

Uganda’s government announced that it will provide free WiFi in the capital, Kampala and parts of Entebbe while in South Africa, George airport is using solar to power its facilities.

Rwanda, like Malawi also inaugurated a drone operation that is expected to kick start a revolution in the supply of medical care in rural parts of Africa. 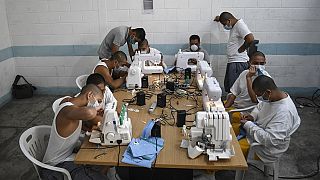