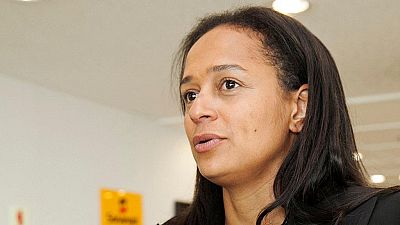 Angola’s Supreme Court has dismissed an opposition application that sought to annul the appointment of the president’s daughter as head of the national oil company, Sonangol.

The court unanimously approved on Thursday, the appointment of the Isabel, President José Eduardo dos Santos’ daughter who was put in charge of Sonangol in June this year.

The position of the opposition plaintiffs being that public officials and the head of state for that matter, had no right to appoint members of their families. They have served notice of appealing the current ruling at the Constitutional Court.

The judgment of the Supreme Court has many shortcomings and does not satisfactorily answer the questions we have asked, so we will appeal this decision to the Constitutional Court.

“According to the decision of the Supreme Court of 22 December, the appointment of Isabel dos Santos by his father does not violate the law on public probity or the Angolan Constitution,” opposition spokesman, David Mendes is quoted to have said.

Adding that “the judgment of the Supreme Court has many shortcomings and does not satisfactorily answer the questions we have asked, so we will appeal this decision to the Constitutional Court.”

Dos Santos has been in power since 1979 but has confirmed that he will be standing down soon. 43-year-old Isabel, his eldest daughter, according to the US magazine Forbes, Isabel dos Santos is the richest woman in Africa and the continent’s eighth richest, with an estimated $ 3.3 billion in assets.

#Angola Her dad appointed her boss of state oil firm but a right activist wants Isabel dos Santos out of #Sonangolhttps://t.co/RVQwkUXWDd

Ms. Dos Santos has shares in several companies in Angola and Portugal, particularly in banking and mobile telephony. She is accused by her detractors of having made fortune thanks to the protection of her father.