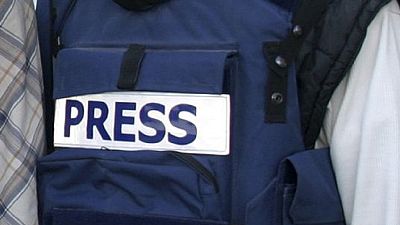 Media watchdog, Reporters Without Borders (RSF) reports that in the year 2016 alone 74 journalists and media workers were killed worldwide, this is a significant drop fro the 2015 figure of 101 deaths.

‘‘Almost three quarters of the journalists killed this year were knowingly targeted as such. This
was, for example, the case in Afghanistan, with ten journalists killed, and in Mexico, with nine killed. These alarming figures reflect the increasingly deliberate use of violence and the failure of international initiatives aimed at helping to protect journalists,’‘ an RSF report read.

The breakdown of 2016 figures was as follows:
57 professional journalists
9 citizen journalists
8 media contributors

‘‘This year, Mexico has been the world’s deadliest country for professional journalists, who were the victims of violence by not only criminal cartels but also by police and government officials, among whom corruption is widespread,’‘ the report added.

The RSF report released on Monday listed the top 5 deadliest countries as follows:

In other details, four reporters died in foreign countries, five women were also killed. Including Salad Osman Sagal, the Somalian producer and presenter for the state-owned Radio Mogadishu. The 24-year-old was shot in the Somali capital on June 5.

‘‘She was also a student at the university, which is where her killers shot her and then fled. No organization claimed her murder, but it had all the hallmarks of yet another targeted killing by Al-Shabaab, an Islamist rebel militia that has slain many journalists in Somalia,’‘ the report said about her.