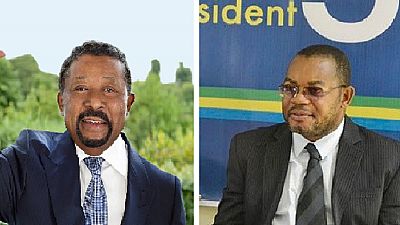 Eric Iga Iga, a lawyer for the Gabon opposition leader Jean Ping, who was reportedly missing according to Ping’s team has been found. He was hiding in a ‘friendly’ country’s embassy, Ping clarified on Tuesday.

Iga Iga, one of two lawyers who represented Ping at the Constitutional Court in September when he sought to challenge President Ali Bongo’s victory in the last presidential polls.

For now, they have yet to disclose which embassy he was being hosted in. Ping warned all his associates to remain vigilant.

“Late during the night of Thursday, one of my lawyers, Mr Eric Iga Iga, received a visit from elements presenting themselves as belonging to the defence and security services – more specifically the military police – in the most completely illegal way,” Ping said in a statement.

“Feeling in danger, Mr Iga Iga chose to hide by going to look for protection from the embassy of a big, friendly country which was happy to host him until now,” the statement added.

Iga Iga’s wife reported that men had searched the family home in the presence of the couple’s children, Ping’s Chief of Staff told AFP.

The Constitutional Court in September upheld Bongo’s victory, but Ping nevertheless declared himself “president-elect” when he returned to Gabon after spending time in Paris, Brussels and Washington in the aftermath of the election.

At least three people were killed in post-electoral violence, according to the government, while the opposition says at least 26 died and several others are still missing.

Ping, a former top official at the African Union, has said the final report of the EU’s observer mission showed that he really won the elections. An initial report by the EU observers noted “evident anomalies” in the results, notably in Bongo’s stronghold of Haut-Ogooue.