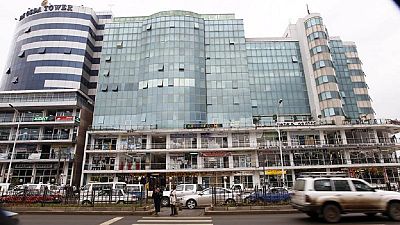 <p>The World Bank Group has praised Ethiopia for its respectable economic performance in spite of biting drought affecting the entire Horn of Africa region.</p> <p>“Economic growth remained at a respectable 8% in 2015/16, which is impressive especially compared to previous drought situations which often resulted in economic contraction,” said Carolyn Turk, World Bank Country Director for Ethiopia, Sudan and South Sudan. </p> <p>The global financial outfit in its 5th Ethiopia Economic Update stated that ‘‘growth momentum will still remain and since 2016 rains arrived as expected, the recent drought will not likely affect Ethiopia’s medium-term economic growth. </p> <p>‘‘In addition, the newly completed Addis Ababa-Djibouti railway line, significantly eases trade logistics related constraints.’‘</p> <p>The Group’s report also lauded Addis Ababa in the area of developing industrial parks and power generation efforts which they say is ‘‘expected to improve export performance and stimulate growth in the short to medium-term. </p> <p>‘‘On the other hand, the potential negative economic effects of the current unrest could pose a risk to the outlook,’‘ they added. </p> <h3>Economy slows down for first time in decades</h3> <p>A recent report by the <span class="caps">BBC</span> indicated that the Ethiopian economy had for the first time in decades recorded its slowest growth. Growth was 8% in the 2015/2016 fiscal year.</p> <p>The planning commission confirmed that the country could fail to reach 2016 projected growth of 11% citing the devastating drought that has affected harvest in most parts of the country.</p> <p>Earlier this year, The International Monetary Fund (<span class="caps">IMF</span>) had warned that Ethiopia’s economy would shrink to 4.5%, but the government dismissed the figures saying that growth would reach 8%.</p> <p>Analysts predicted that recent protests in the Oromia and Amhara regions which saw dozens of foreign owned firms attacked by protesters could further dampen growth in the country. Ethiopia has been one of the world’s fastest growing economies with growth averaging 10% over the last 10 years.</p> <h3>The Horn of Africa drought</h3> <p>Countries in the Horn of African region recently benefitted from a drought aid package by the European Union (EU). The EU has announced €66.5m aid to respond to the El Niño and food security crisis in the region.</p> <p>The package of development assistance focuses on the four countries that are most severely hit by El Niño and that are experiencing food insecurity: Ethiopia, Somalia, South Sudan and Sudan.</p> <p>The breakdowm of the funds are as follows: <ul> <li>Ethiopia (€22.5 million)</li> <li>Somalia (€8 million)</li> <li>South Sudan (€28 million) and</li> <li>Sudan (€8 million)</li> </ul></p> <p>The EU further disclosed that the four new actions worth 66.5 million Euros will be funded under the EU Emergency Trust Fund for Africa to address the destructive impacts of the El Niño phenomenon in the Horn of Africa region, such as floods and droughts.</p>

Economic growth remained at a respectable 8% in 2015/16, which is impressive especially compared to previous drought situations which often resulted in economic contraction.