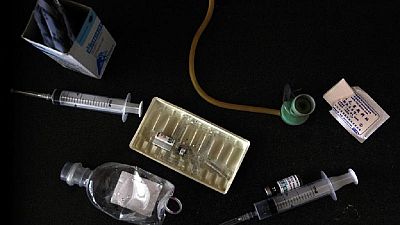 South Africa’s Supreme Court of Appeal (SCA) has overturned a High Court ruling that granted the right-to-die to a terminally ill cancer patient.

The High Court’s decision was appealed by the State. The Minister of Justice and Correctional Services, the Minister of Health, the Director of Public Prosecutions and the Health Professionals Council of South Africa were all involved in the appeal.

Our argument has always been that the right to life is enshrined in our constitution - and equally doctors took an oath to save and preserve life, not to end it.

Mthunzi Mhaga, the spokesman for the Department of Justice and Correctional Services, is quoted by the BBC to have said that the government is relieved that this judgement was set aside:

‘‘Our argument has always been that the right to life is enshrined in our constitution – and equally doctors took an oath to save and preserve life, not to end it.”

The government also argued in this appeal that the right to die can be abused and that there was no legal frame work to regulate decisions in matters of life and death.

In October this year Nobel peace prize winner and South African anti-apartheid campaigner Archbishop Desmond Tutu said he supported assisted dying in a video recorded in June and released on his 85th birthday.

“As a Christian, I believe in the sanctity of life and that death is a part of life. I hope that when the time comes, I am treated with compassion and allowed to pass on to the next phase of life’s journey in the manner of my choice,” he said.

The right to die is a moral principle based on the belief that a human being is entitled to end their own life or to undergo voluntary euthanasia.

Possession of this right is often understood to mean that a person with a terminal illness should be allowed to end their own life or assisted suicide or to decline life-prolonging treatment, where a disease would otherwise prolong their suffering to an identical result i.e. death.