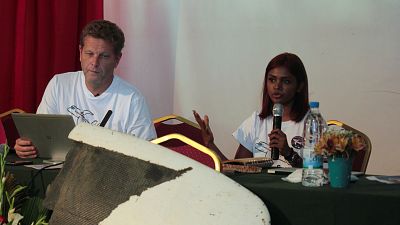 The families of those lost aboard a Malaysia Airlines flight that went missing in 2014 arrived in Madagascar on Saturday, on a mission to comb the beaches of Madagascar this week in the hope of finding debris from the plane.

They have also criticised Malaysian investigators for not doing enough to find debris, which could reveal more clues about what happened, UK’s Guardian reports.

Flight MH370, carrying 239 passengers and crew, disappeared on its way from Kuala Lumpur to Beijing on 8 March 2014, sparking a search in the southern Indian Ocean that is still going on.

According to the Guardian, many families say they have been dismayed by the failure of the deep-sea debris search more than 1,000 miles off Australia’s western coast, and by what they say is an apparent lack of interest from Malaysian authorities in the growing amount of debris washing up on the other side of the Indian Ocean.

“It’s been a thousand days since our relatives disappeared and today we still do not know anything about what happened, absolutely nothing,” said Ghislain Wattrelos, who lost his wife and two of His children in the crash.

#voice370 representatives traveled to Mada at their own expense and had NOT received any financial contribution of any sort from any party. pic.twitter.com/WIzTbKv9DP

Fragments discovered in recent months on the coasts of East Africa and the Indian Ocean have been identified with “near certainty” as coming from the aircraft.

But these discoveries have so far failed to find the wreck, nor to elucidate the circumstances of the disaster.