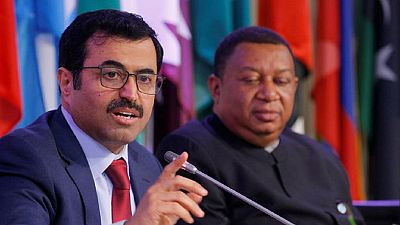 The global oil price has jumped to more than $50 a barrel after the Organization of the Petroleum Exporting Countries (OPEC) agreed to bring its oil output down by 1.2 million barrels per day (bpd) from January.

OPEC recently reached a deal to cut oil production from 33.8 million barrels a day to 32.5 million b/d in an effort to prop up prices.

The 14 member countries announced to curtail oil production for the first time since 2008, at its headquarters in Vienna on Wednesday.

It is a great step forward and I believe with my colleagues that this agreement reached represented a historic moment.

“It is a great step forward and I believe with my colleagues that this agreement reached represented a historic moment… This will certainly help to rebalance the market and reduce the surplus of stock,” said Mohammed Saleh Al Sada, OPEC President.

Oil prices have fallen by more than half since mid-2014 due to global oversupply and booming U.S. shale production.

On the foreign exchange market, the ruble, the support against the Euro and the US Dollar, the strengthening of the oil prices had, however, lost a part of its growth.

The organisation’s biggest producer Saudi Arabia has agreed to reduce its output by half a million barrels per day.

Oil prices dropped to about $26 a barrel earlier this year after it had reached $115 some 18 months earlier.

Major oil producers Russia and the United States are not members.