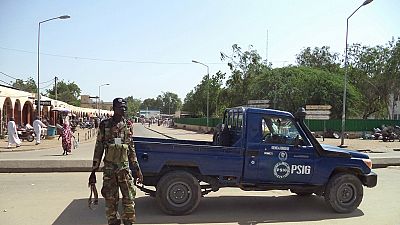 A man suspected of being a jihadist was arrested on Wednesday after shooting at Chadian policemen on duty in front of the US embassy in N’Djamena.

No one was injured in the shooting, according to police sources.

“The man who arrived on a motorcycle had in his possession a Turkish pistol with a ball ammunition and fired at point-blank range on the police officers who were guarding the US embassy in Chad,” the source told AFP in anonymity.

“There were no injuries and he has been handed over to the intelligence services,” the source adding that the suspect is an official of the Ministry of Youth and Sports, according to the documents found on him and testament that “clearly stated that he pledged allegiance to the Islamic State.”

said, pointing out that this type of ball munitions could be dangerous if they hit Of the vital organs.