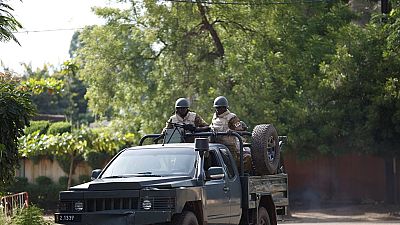 Three soldiers suspected of being the brain behind the September 2015 attempted coup in Burkina Faso have been arrested by Ivorian authorities on Friday and handed over to Burkinabe authorities in Ouagadougou.

The Burkinabe Minister of Territorial Administration and Security, Simon Compaore, who announced the arrest and deportation said the three were presidential guards of former president Blaise Compaore who sought refuge in Ivory Coast.

“Those who have been arrested are the so-called “hard core” of the coup attempt including Sergeant-Major Roger Koussoube “The Touareg”, Sergeant Mohamed Zerbo and Adjutant Wekouri Kossé,” he told the press.

He added that the arrests would allow investigations into the failed coup and the latest alleged coup attempt in October 2016 to be conducted “quickly”.

Simon Compaore thanked the Ivorian authorities for the collaboration to “create stability and peace in our subregion”.

In February, Ivorian authorities arrested and handed over other former members of the Burkinabe presidential guard including Chief Warrant Officer Moussa Nebie, known as “Rambo”, and two Burkinabe nationals, Abdoul Karim Sawadogo and Ali Kone, who were refugees in Ivory Coast.

On September 16, 2015, soldiers of the former presidential guards broke into a Council of Ministers meeting and took the transitional president Michel Kafando and the government hostage before proclaiming a coup.

The coup failed a week after the mobilization of the population and the army. The coup attempt led to the dissolution of the presidential guard made up of some 1,300 men.