South Africa allows 'undesirable' US rapper to leave after apology 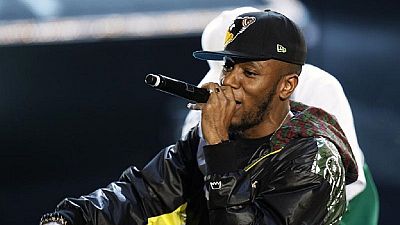 South Africa’s Department of Home Affairs has declared US rapper, Mos Def (real name Dante Terrell Smith) as an undesirable person and given the green light for him to depart the country on Tuesday.

South Africa detained and charged Mos Def for attempting to leave South Africa using a world passport, which South Africa does not recognize as a valid passport. He subsequently apologized admitting to contravention of South Africa’s Passport and Travel Documents Act No. 4 of 1994.

“[Dante Terrell Smith] has been coming to our country more than five times, and during all those times he was using the US passport because he is a US citizen. So now you understand that for him to go and get a world passport is something which we do not recognize,” Home Affairs Director-General Mkuseli Apleni told reporters.

[Dante Terrell Smith] has been coming to our country more than five times, and during all those times he was using the US passport because he is a US citizen.

The Department also disclosed in a tweet that the rapper’s apology has been accepted ‘‘but he will not qualify for a port of entry visa or admission to the republic.’‘ Adding in a statement that Mos Def ‘‘has applied for and will be travelling out of the republic on a US passport.’‘

Mos Def’s arrest in Cape Town earlier this year was when he attempted to board a flight to Ethiopia using a “World Government of World Citizens” passport. The world passport is issued by the World Service Authority a US-based NGO founded in 1953.

It was created in 1950 as a way of identifying refugees when they cross boundaries. The passport is accepted in six countries and recognised in 150 countries in special situations. South African officials say Mos Def had earlier used a U.S. passport ten times to have access to South Africa.

The rapper had previously said he did not understand why he is being prevented from leaving South Africa.