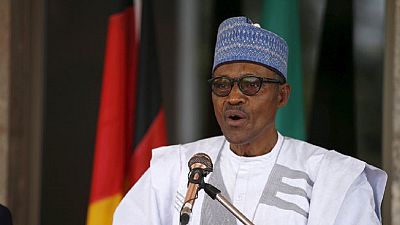 The Authorities in Nigeria on Sunday said all is now set for deployment of 200,000 unemployed graduates selected in the first batch of President Muhammadu Buhari’s administration’s plan to hire half a million Nigerians.

Media aide to Vice President Yemi Osinbajo, Laolu Akande, in a statement said the 200,000 have been selected about two weeks ago.

He noted that their names have been sent to state governments and the Federal Capital Territory (FCT) who would deploy them to their specific programme assignments.

State governments and the FCT are also encouraged to post the names of the successful first batch applicants in their local government areas.

The names would also be published this week on the N-Power internet portal, while the participants would start receiving SMS messages informing them of their selection as from Monday, November 21, 2016,” the statement reads.

“State governments and the FCT are also encouraged to post the names of the successful first batch applicants in their local government areas while there would be further public announcements.

The programme “The N-Power Volunteer Corps” is in line with the 2015 election campaign promises of ruling All Progressives Congress, (APC), to provide jobs for teeming unemployed youths in the country.

“The N-Power Volunteer Corps” is an expression of President Muhammadu Buhari’s commitment to invest in the human capital development of Nigerian citizens, particularly the young people.

It is also an innovative means to enhance ailing public services in the area of basic education and primary healthcare. Also in the agric sector, it is aimed at achieving self-sufficiency by giving farmers relevant advisory services.

“The 500,000 graduates under the N-Power Corps programme will be trained in skills that will enable them exit after two years to economically viable jobs and business opportunities.

As part of the programme, the participants would own tablets that will contain information necessary for their specific engagements, as well as information for their continuous training and developments.

In its reaction, Organised Labour lauded the Federal Government for taking as many as 200,000 unemployed youth off the streets, stressing that the effort should be supported by all and sundry.

General Secretary of Nigeria Labour Congress, NLC, Dr. Peter Ozo-Eson, who spoke for Organised Labour, however, said it was not jobs for the boys, contending that Nigerians would like to know the process and criteria used for the recruitment.

According to him, there have been concerns over transparency of the process since the government announced its plans to recruit.