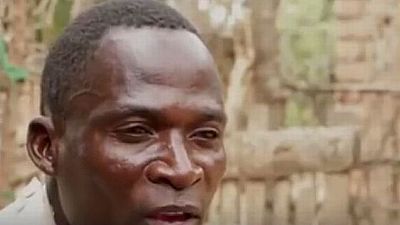 A magistrate court in Mali has convicted a 45 year-old man accused of practicing traditional sex customs, deflowering young girls and comforting bereaved widows that were outlawed three years ago in the country.

Malawi’s president, Peter Mutharika, had ordered the arrest of the man, Eric Aniva due to concerns that he may have spread HIV infections in the course of his work as a practitioner of “kusasa fumbi,” or “removing dust,” and “fisi,” the local name for a hyena.

Fisi is a traditional custom in southern Malawi: a man is hired and paid to have sex with widows to exorcise evil spirits that may bring death to the bereaved family.

No one complained to the court that I slept with her. And the other thing you should know is that I was doing this before the passing of the law.

“Kusasa fumbi” is another custom practiced in the area: hiring a man to sleep with young girls who have reached puberty, in order to prepare them for married life.

The two customs have been around for centuries, but do not fit in with modern laws and social systems.

The magistrate Innocent Nebi on Friday told a jam-packed court that it was proven beyond reasonable doubt that Aniva had engaged in harmful and illegal practices.

One of the six witnesses who testified against the 45-year-old defendant was a woman who said Aniva demanded to sleep with her soon after the death of her husband.

Aniva and his fellow practitioners of “fisi” – sleeping with widows, are known as hyenas, which is what “fisi” means in Chichewa, the most widely spoken language in Malawi. He pleaded not guilty to the charges against him, but said he believes he is still innocent.

“No one complained to the court that I slept with her. And the other thing you should know is that I was doing this before the passing of the law (that outlaws such harmful cultural practices). “When this law was put into effect, I was given the responsibility of asking my fellow hyenas to stop this practice.“Aniva said.

State prosecutor Chiyembekezo Banda asked the court to give Aniva a harsh sentence, “to serve as lesson to others” who are violating the law.