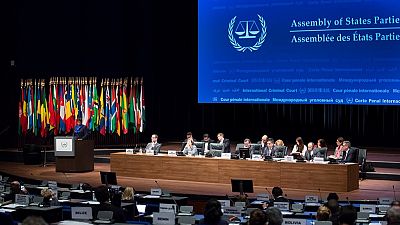 The Hague-based International Criminal Court on Wednesday made an impassioned plea to the three African countries that have recently withdrawn from the court not to go.

On Monday, the United Nations confirmed that Gambia will officially exit the judicial body by November next year. There is speculation that more countries would pull out after Burundi announced its withdrawal followed by South Africa.

ICC officials sat on Wednesday for the 15th session of the Assembly of States Parties to try and iron out issues and find ways around arguments put forward by these countries, the major one being that the ICC targets African states in its prosecutions. But they were met with news that Russia was withdrawing from the court too.

At the opening of the session, ICC President Sidiki Kaba said the“powerful feeling of injustice” of the African states is somewhat unguided.

On its Twitter page the court quoted the courts chief prosecutor Fatou Bensouda saying “ withdrawals are a set back in joint efforts to achieve a more peaceful and just world.

#ICC Prosecutor #Bensouda: #OTP has made major achievements in the Courtroom this year, securing seven convictions in 2016 alone. #ASP15 pic.twitter.com/mTuvYtg8cT

The session opened to news that Russia too was withdrawing from the court due to the Crimea decision. In its annual report released on November,14, the court classifies the Russian annexation of Crimea as an occupation.

“This international armed conflict began at the latest on 26 February when the Russian Federation deployed members of its armed forces to gain control over parts of the Ukrainian territory without the consent of the Ukrainian Government”, the report reads.

The document says the Office is examining allegations that Russia ‘has exercised overall control over armed groups in eastern Ukraine’.