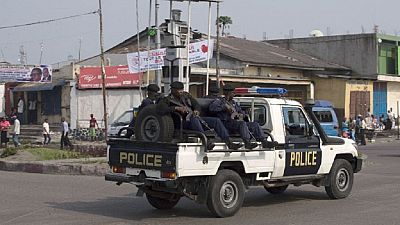 A public television broadcast journalist was shot dead at his home on Monday night in Mbuji-Mayi, in the central province of the Democratic Republic of Congo.

The president of the National Union Of the Congo Journalists (UNPC), Joseph Boucard Kasonga Tshilunde confirmed the death of Marcel Lubala of the RTNC (National Radio and Television of Congo) on Wednesday.

“We condemn the death of Marcel Lubala of the RTNC who was coldly slain on Monday night while he was sleeping peacefully with his family in Mbuji-Mayi,” Kasonga Tshilunde said.

“This is the sixteenth journalist killed in the DRC in ten years and very often the perpetrators and sponsors are never punished,” he said.

“We are deeply troubled because his assassination occured at night when only the police patrols Mbuji-Mayi [the capital of Kasai Oriental Province],” Tshilunde added.

A senior official of the RTNC contacted by AFP indicated that the channel would quickly broadcast the news on the murder.

Since October, a dawn to dusk curfew has been imposed on Mbuji-Mayi by Congolese authorities following clashes in late September between the security forces and supporters of a traditional chief killed a month earlier in the neighboring province of Kasai-Central.

A hundred people were killed in the clashes. According to the authorities, the supporters of the chief are believed to have taken refuge in Kasai Oriental.