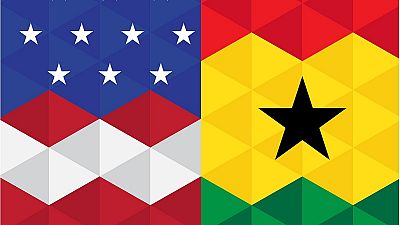 The United States Embassy in Ghana on Monday issued a statement condemning political violence in the country, according to the Embassy, ‘‘violence has no place in the electoral process.’‘

Their statement comes in the wake of an attack over the weekend on the house of the leading opposition leader by youth alleged to be affiliated to the ruling National Democratic Congress (NDC).

Titled ‘Statement on the Peaceful Electoral Process in Ghana,’ the statement said, ‘‘In the period leading up to and following Ghana’s elections on December 7, we call on all actors to remain peaceful and respect the democratic process.

‘‘We encourage all parties to make it clear to their constituents that any violence or attempts to use intimidation to disrupt the democratic process is unacceptable.

‘‘The United States will consider all options to hold responsible those who incite political violence, including denying or revoking visas,’‘ the statement added.

We will muster the necessary courage to defend democratic #Ghana and continue in our peaceful quest to win power. #VoteForChange

Ghana is supposed to head to the polls for general – presidential and parliamentary – elections. This will be the country’s seventh polls since the return to multi party democracy in 1992.

President John Dramani Mahama is running on the ticket of the NDC as he stands for a second term. His main opponent is the opposition NPP’s Nana Addo-Dankwa Akufo-Addo, who is standing for the third time having lost in 2008 and 2012.

There are five other candidates who qualified to run for the presidency. The Convention People’s Party (CPP) candidate Ivor Kobina Greenstreet and an independent presidential candidate Jacob Osei Yeboah.

A former first lady of Ghana, Nana Konadu Agyemang Rawlings, is also on the ballot as is one of Ghana’s illustrious businessmen who has been in frontline politics for over 10 years now, Papa Kwesi Ndoum.