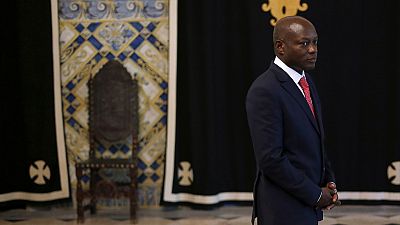 The President of Guinea-Bissau, Jose Mario Vaz, on Monday announced the dismissal of his entire cabinet which had been led by Prime Minister Baciro Ja since five months ago.

The latest move is in accordance with a peace agreement that is taking place in neighbouring Guinea Conakry, as part of efforts to rescue the country from the current political crisis.

“The implementation of the Conakry agreement entails the resignation of the government,” the AFP quoted Vaz as saying.

This agreement does not provide for the unanimous choice of a prime minister, but by consensus, and this consensus has not been achieved.

“This agreement does not provide for the unanimous choice of a prime minister, but by consensus, and this consensus has not been achieved,” he added in a statement to pressmen at the presidential palace.

The President noted that the dismissal will also pave way for the appointment of a ‘‘new prime minister who will be in charge of forming an inclusive government to get the country out of the crisis,” the AFP news agency further reports.

No deadline has been set for the new appointment, but a source close to the presidency simply stated that it would intervene “in the coming hours”.

The regional mediation team in the country’s political crisis led by Liberian President Ellen Johnson Sirleaf in early November visited to urge the stakeholders to implement the agreement they signed on 14 October in Conakry, a deal facilitated by Guinean President Alpha Condé.

The President last year dismissed his Prime Minister and party colleague, Domingos Simoes Pereira, following a series of disputes between the two. Baciro Ja was named as his replacement in June this year but the political and social tensions remained.

Guinea-Bissau is now one of the poorest countries in the world, regularly rocked by social and political instability. The Conakry talks set out the ‘consensual’ principle for the choice of a next premier to hold the fort till legislative elections next year.