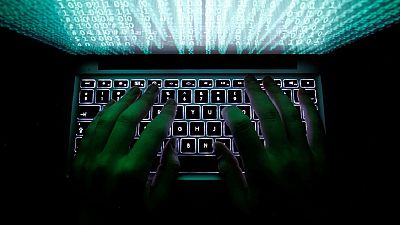 The Nigerian government has disclosed that it is taking drastic steps to arrest internet related crimes. The government lamented the loss of over $450 million dollars to cyber attacks in 2015 alone.

The Minister of Communications, Adebayo Shittu, said a total of 3,500 attacks last year led ‘‘to a loss of about $450 million,’‘ the local Vanguard news portal reports.

He further disclosed that the government realized the contribution of Information and Communication Technology (ICT) which contributed 12.62% of Nigeria’s Gross Domestic Product (GDP) in the second quarter of 2016.

We must influence our space, define our space and prepare adequately to defend it. We want to see not just a working technology and applications, but we want to be assured that such technologies are safe and used properly.

He announced that plans were underway to put together a national broadband policy ‘to ensure 18% broadband penetration by 2018, up from the current 6%.’

‘‘I am aware of the many strides that ISACA has achieved in the USA with the contributions of the use of its COBIT in the governance and management of public institutions.

‘’My personal challenge to ISACA, Abuja, is to ensure that such efforts are domesticated in Nigeria.

‘‘We must influence our space, define our space and prepare adequately to defend it. We want to see not just a working technology and applications, but we want to be assured that such technologies are safe and used properly,” the minister said.

The Minister was speaking in Abuja at a conference on “Cyber Security, Technology Optimization and Development” organized by the Abuja chapter of the group, Information Systems Audit and Control Association, ISACA.

In July this year, Shittu, disclosed that Africa’s most populous nation and biggest economy, loses about 0.8% of its Gross Domestic Product (GDP) year-in year-out to cybercrime.

The amount in monetary terms of the loss comes to 127 billion naira, the equivalent of $430 million.

Cybercrime is an offence committed using a computer and the internet to steal a person’s identity or sell contraband or stalk victims or disrupt operations with malevolent programs. Africa’s most populous nation has a notoriety for having lots of people engaged in the illegality.